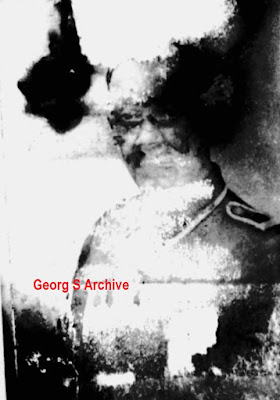 Hermann Engel is a bit of a sad story, his SS-Personalakt indicates that he is MIA in november, but he is not listed in DRK Vermisstebildliste or a Kriegsgräberfürsorge (Volksbund) so in my opinion he only is seen in his SS-PA from NARA/ Bundesarchive. But his SS-PA is a little of a mess, he is on several places listed as MIA, but there is also a not that he "NICHT Vermisst" from Jabuary 1945, that note says that he is in Lazarett after that he got wounded in the head (shot).

Engel joined the SS in 1930 so he is what to be known as "Alte Kämpfer", he became SS-Officer of the Allgemeine-SS in 1939. In 11.5.1940 he volonteered the Waffen-SS and before he attended the SS-Junkerschule Kienschlag he became SS-Oscha. Two years after he joined the SS he also became a member of the NSDAP (1932).

He married Maria in 1936 and they got two daughter (b 1937 and 1940). and before the war he was an salesman. Hermann Engel was also a member of the Lebensborn.

Note about the Führerliste of NARA composed by a retired colonel of the US Army, he only list SS-Pz.Gr.Schule and 8./SS-Pz.Brig.51. But as you can see above he served in several more units. This is very common, so if you rely on the Fhrliste it´s just a scratch on the surface.